Sexy Russian spy Anna Chapman tried to seduce whistleblower Edward Snowden on orders straight from the Kremlin, according to a defector.
Boris Karpichkov, a former KGB agent, claims that a plan was launched for Chapman, 32, to keep Snowden, 31, in Moscow so that Russian agents could continue to question him about US security secrets, according to a new report.

Anna Chapman made her debut appearance in a Manhattan Federal Courthouse on June 28, 2010.
Image below by Elizabeth Williams 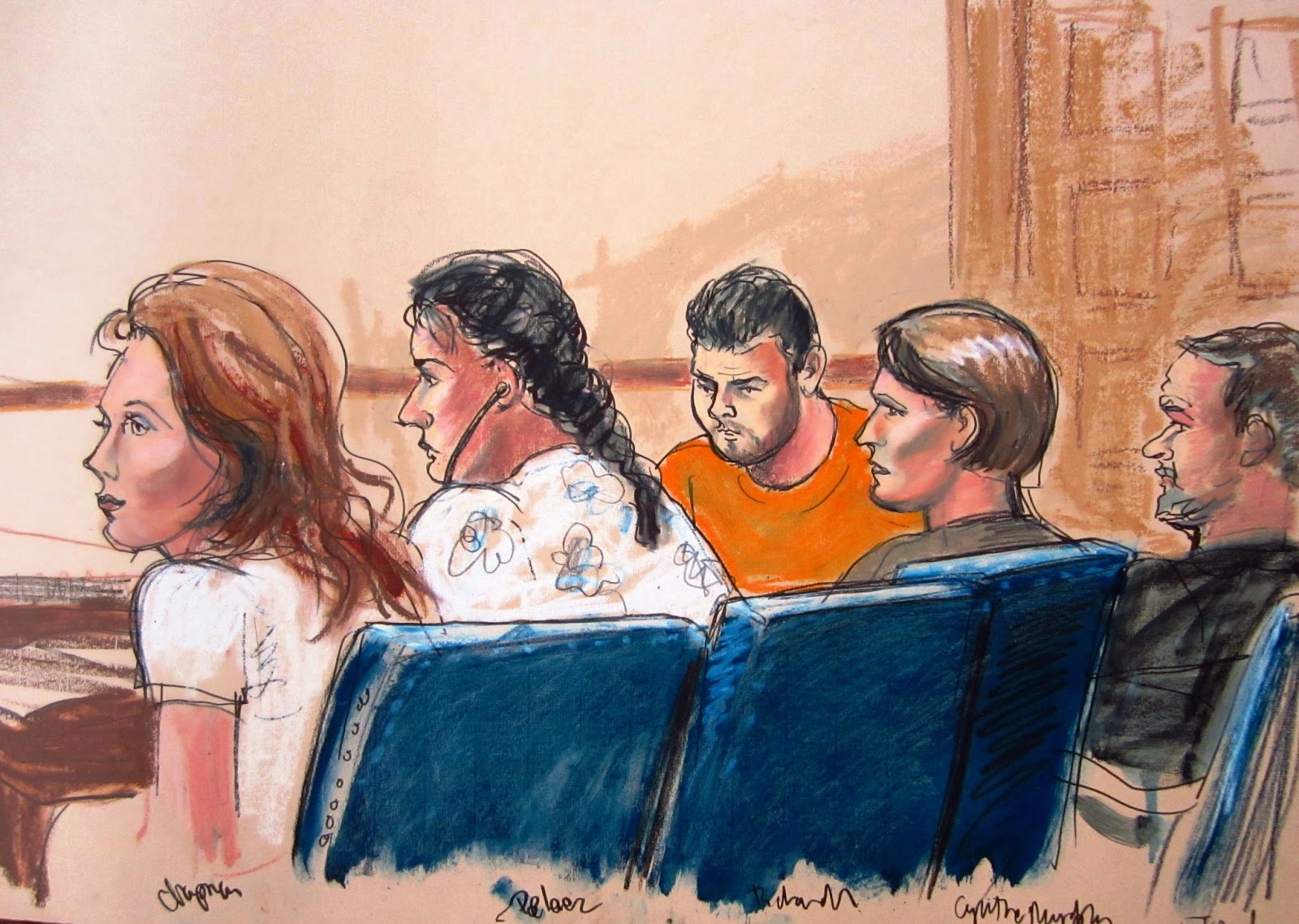 Posted by Illustrated Courtroom at 2:44 PM