The jury awarded $2 million in compensatory damages and $16 million in punitive damages for the New York Global Group CEO’s retaliation against his former employee after she refused his advances, as well as his defamation of her on his website, The Blot.

Posted by Illustrated Courtroom at 1:47 PM No comments:

After more than a week of sordid testimony, lawyers for New York Global Group CEO Benjamin Wey and Swedish stunner Hanna Bouveng made their final pleas Friday before a jury of four men and four women in Manhattan Federal Court.

Wey’s defense lawyer Glenn Colton kicked off his closing argument by saying that there was inappropriate conduct on the part of both Wey and Bouveng.

By Pete Brush
Law360, New York (June 26, 2015, 7:34 PM ET) -- A New York federal jury begin deliberating Friday whether financier Benjamin Wey is liable for sexual harassment, a campaign of stalking and vicious public attacks on former intern Hanna Bouveng, asking for evidence about his alleged demand for “tangible love” from the 25-year-old Swede in exchange for her job.
The four-woman, four-man jury got the case just before 3 p.m. after a trial that lasted 10 days. Within 90 minutes jurors had fired off two missives to U.S. District Judge Paul G. Gardephe.
Posted by Illustrated Courtroom at 3:40 PM No comments:

99 years ago Stanford White was shot dead  atop Madison Square Garden ( which he designed) by Harry Thaw, the jealous husband of Evelyn Nesbit.

The first trial of Harry Thaw ended in a mistrial. The second trial ended with Thaw being found insane.
A courtroom drawing from the 1907 trial below. 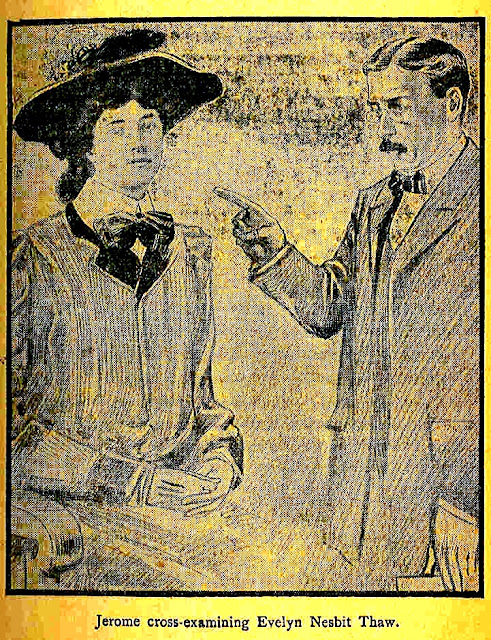 Posted by Illustrated Courtroom at 5:29 AM No comments:

The Swedish stunner who has sued her former Wall Street boss for $850 million shared the awful details Monday of their first alleged sexual encounter.
Hanna Bouveng, 25, cried as she spoke of how “useless” she felt after finally giving in to New York Global Group CEO Benjamin Wey’s relentless advances in December 2013.
“He put his arm around me and kissed me on the neck. He stood up and grabbed my hand, we walked into the bedroom,” Bouveng sobbed. “I felt so used and weak.”
Wey denies ever having sex with Bouveng and says he is the victim of extortion.

Swedish bombshell Hanna Bouveng told a jury Tuesday that her former Wall St. boss had smeared her name and ruined friendships with his bizarre online articles and emails labeling her a prostitute and drug addict.
In an email Benjamin Wey allegedly sent to one of Bouveng’s friends, the New York Global CEO said his former employee had sex with a man with sexually transmitted diseases.
NY Daily News link
http://www.nydailynews.com/new-york/swedish-model-tells-jury-wall-st-ex-boss-smeared-article-1.2268911

These images show the invisible links between cause and effect driven by instinct, compassion, thought, language, and emotion.

Courtroom Art of the Sentencing of Mahmoud Salim and jury deliberations of the 1987 John Gotti trial on display thru July 17th at the Angels Ink gallery in San Pedro CA.
The Show curated by Robin Hinchliffe is titled Synapses
New York Times Story

Posted by Illustrated Courtroom at 4:12 PM No comments:

She Draws a Crowd: Chatting with Courtroom Artist Elizabeth Williams 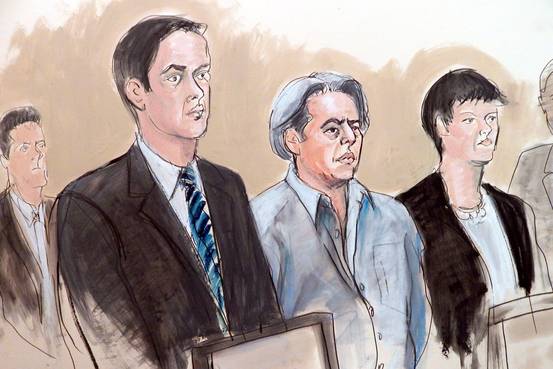 In this courtroom sketch by Elizabeth Williams, sports marketing executive Aaron Davidson, foreground center, appears at federal court in New York for arraignment on conspiracy and other charges stemming from the FIFA corruption scandal, Friday, May 29, 2015.
Elizabeth Williams/Associated Press

As one of the prosecution’s key witnesses took the stand Wednesday in a trial charging Dewey & LeBoeuf’s three former leaders with defrauding creditors, reporters weren’t the only ones capturing the activity in the courtroom.
From the second row, longtime courtroom artist Elizabeth Williams illustrated the scene in a series of quickly drawn images showing everything from the faces of the three defendants to the American Flag perched behind the judge’s bench.
Ms. Williams told Law Blog that courtroom illustrators are a dying breed; 15 to 20 artists worked full time in the New York courts in the 1980s, she recalls, but only two or three remain today. “It’s really on the wane,” she says.
Ms. Williams got her start in the field in Los Angeles in 1980 after realizing her dream of being a fashion illustrator might not be very lucrative.
Posted by Illustrated Courtroom at 8:22 AM No comments:

Years before Dewey & LeBoeuf LLP collapsed, the law firm’s accounting department scrambled to avoid trouble with its banks by making the firm’s income appear higher than it was, Dewey’s former controller told a jury Wednesday.
In January 2009, with just days to find a way to boost 2008 income by $25 million, members of the department used fraudulent adjustments to get the numbers where they wanted them, former controller Thomas Mullikin said during the third week of a criminal trial of Dewey’s three top leaders, accused of conspiring to defraud the firm’s banks and creditors.


Posted by Illustrated Courtroom at 4:42 PM No comments:

Behind the Canvas: Stories of Courtroom Sketch Artists 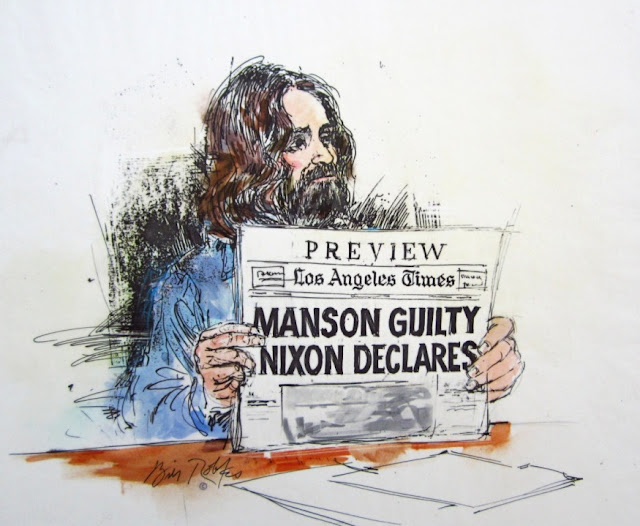 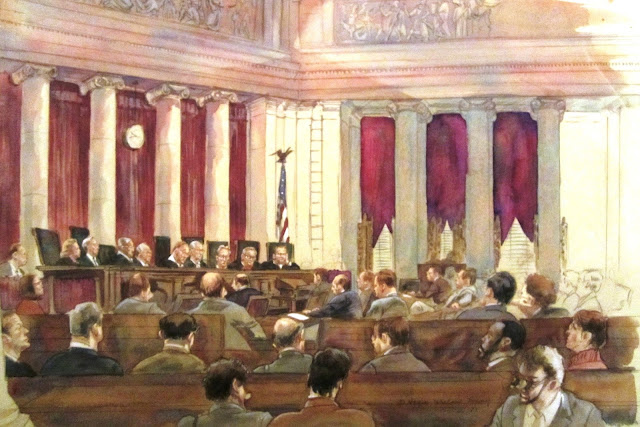 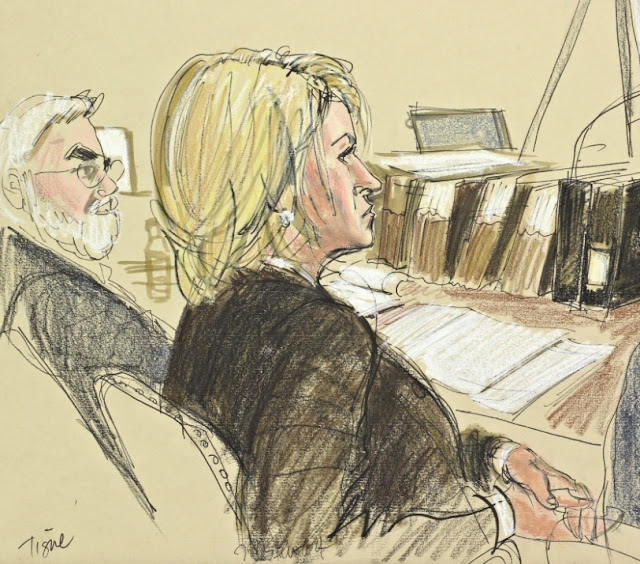 Martha Stewart by Elizabeth Williams
Posted by Illustrated Courtroom at 6:12 AM No comments: