In this artist's rendering, Jerome Asaro, far left, Jack Bonventre, second from left, defense attorney Charles Hochbaum, third from left, John "Bazoo" Ragano, fifth from left, Vincent Asaro, third from right, and defense attorney Gerald McMahon, right, stand before the judge during an arraignment at federal court, Thursday, Jan. 23, 2014, in the Brooklyn borough of New York. Federal prosecutors issued a wide-ranging indictment against five defendants, alleging murder, robbery, extortion, arson and bookmaking. One of them, Vincent Asaro, of Howard Beach in Queens, was accused of participating in the Dec. 11, 1978, heist — one of the largest cash thefts in American history. (AP Photo)

The arraignment of Vincent Asaro and his co-defendants took minutes. There was no bail argument and the next court date was set. The grouping of the figures can prove a nightmare for captions especially with the 3 FBI agents in the background
their shields somewhat visible.
There were 4 defendants, 3 lawyers and 3 FBI agents in the picture.

Here is the link to the FBI press release
http://www.fbi.gov/newyork/press-releases/2014/bonanno-family-captain-vincent-asaro-indicted-for-participating-in-the-1978-lufthansa-5-million-robbery-at-jfk-airport-and-the-murder-of-paul-katz-who-disappeared-in-1969 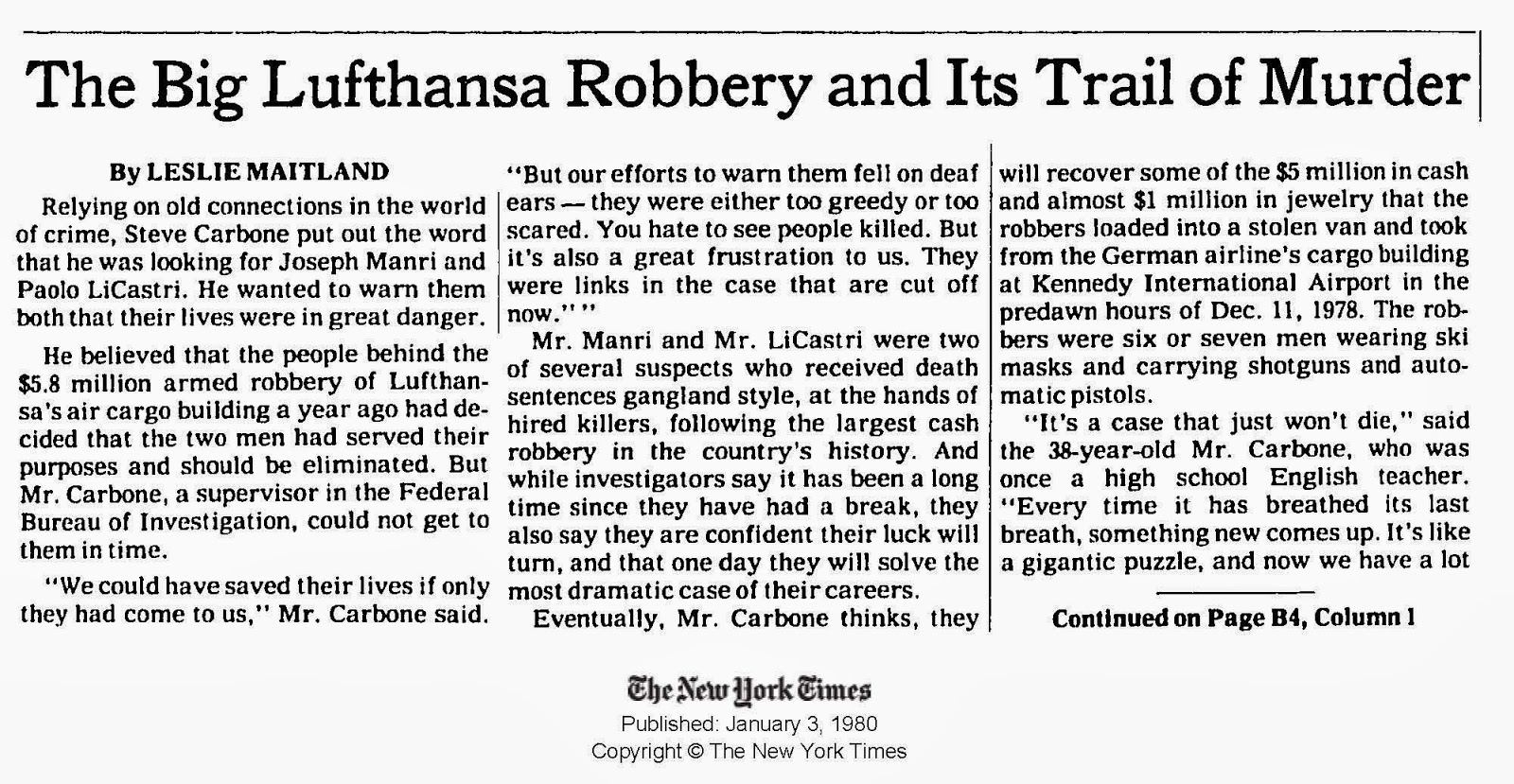 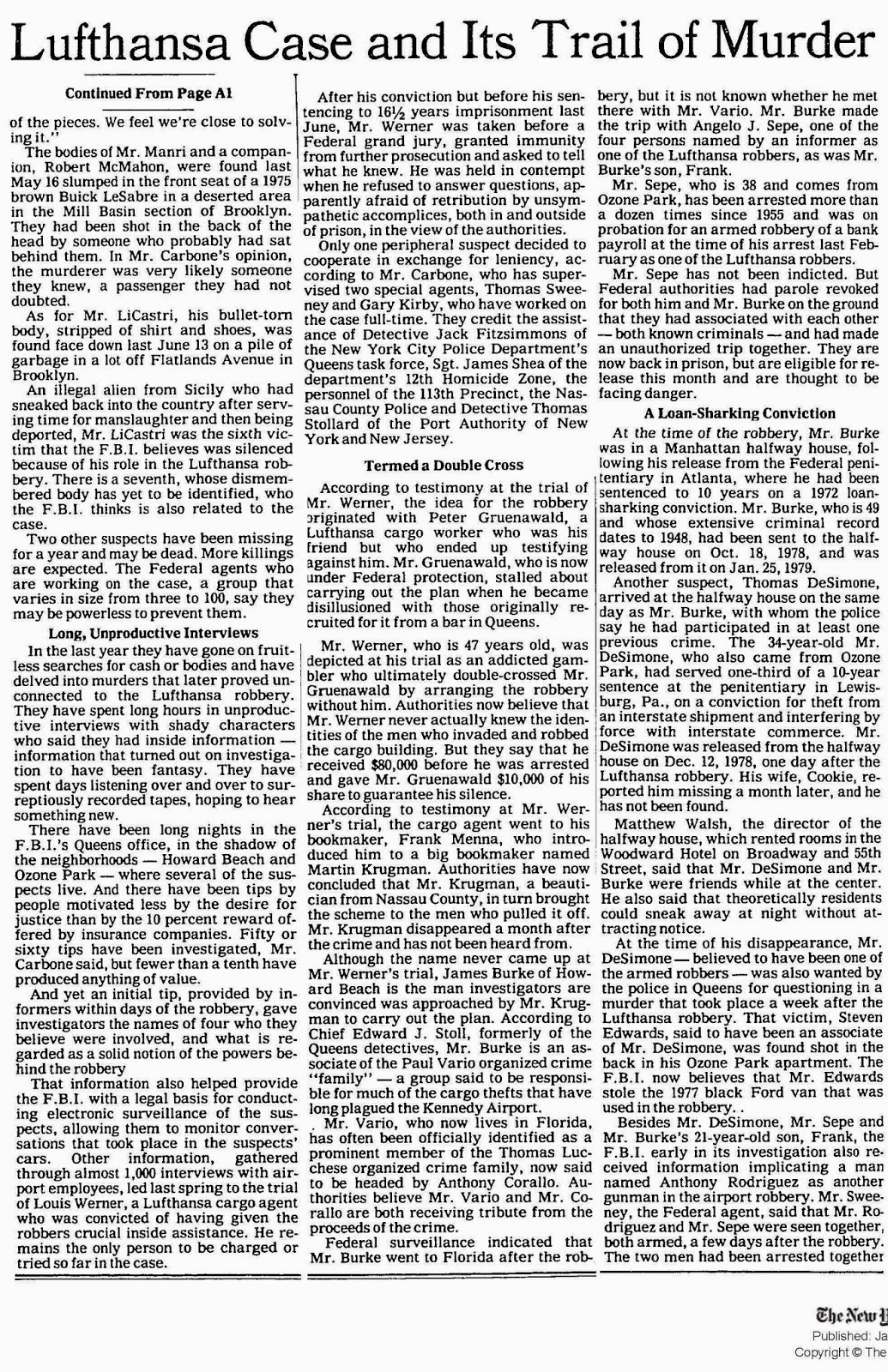 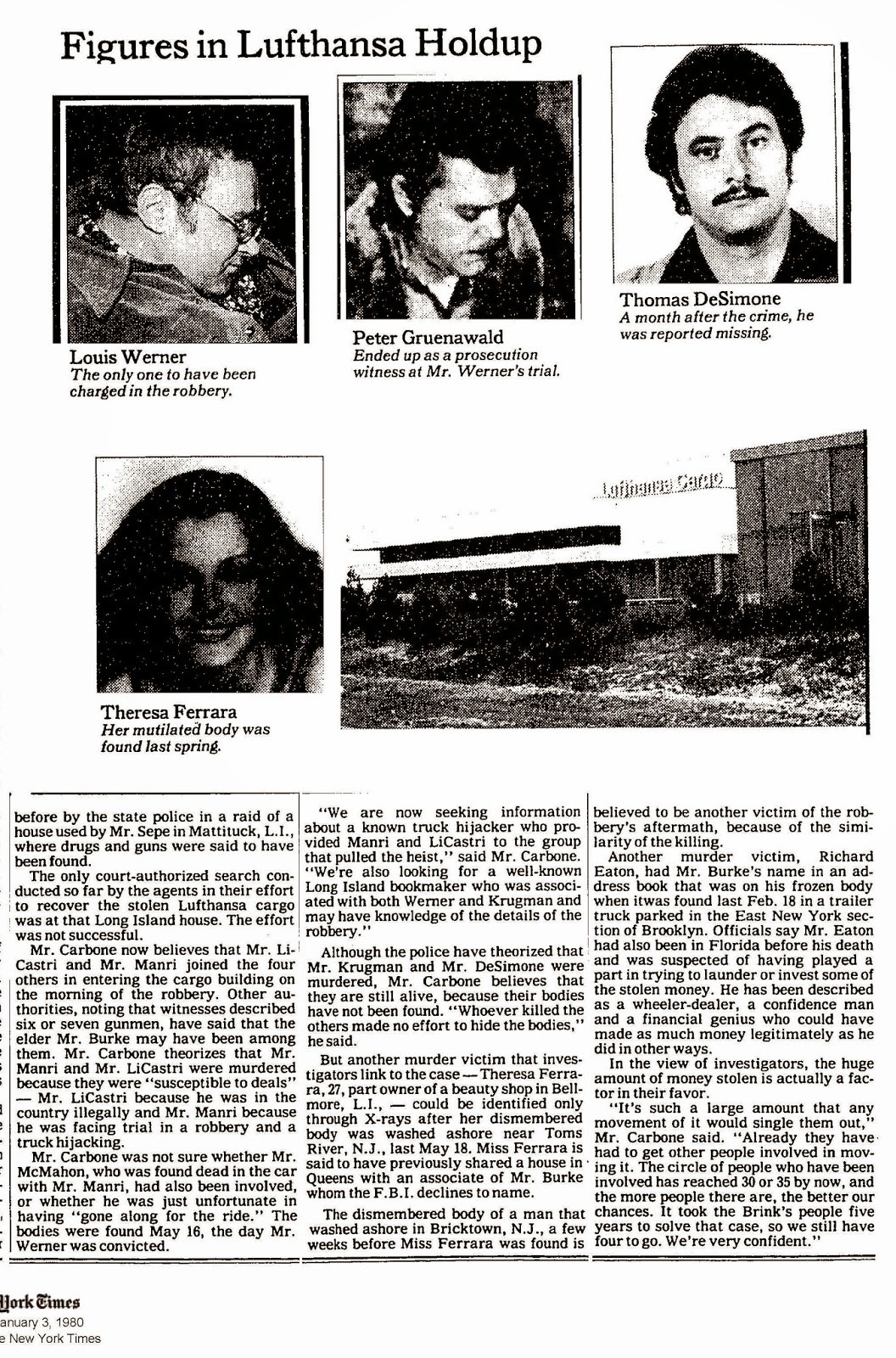 Posted by Illustrated Courtroom at 3:49 PM No comments:

The late Richard Tomlinson's birthday was today, January 19th,
which is a great opportunity to show a selection of his fine artwork, from reportorial art to court art.
Below is a selection of works from
the Son of Sam and the Mafia to his lovely drawings of Mexico.
Richard was always drawing, whether it was a typewriter in the press room or his plant at home
he was a very dedicated and inspired artist.
You can also check out the Tumblr site dedicated to his wonderful artwork
http://itomlinsoncreative.tumblr.com/
' 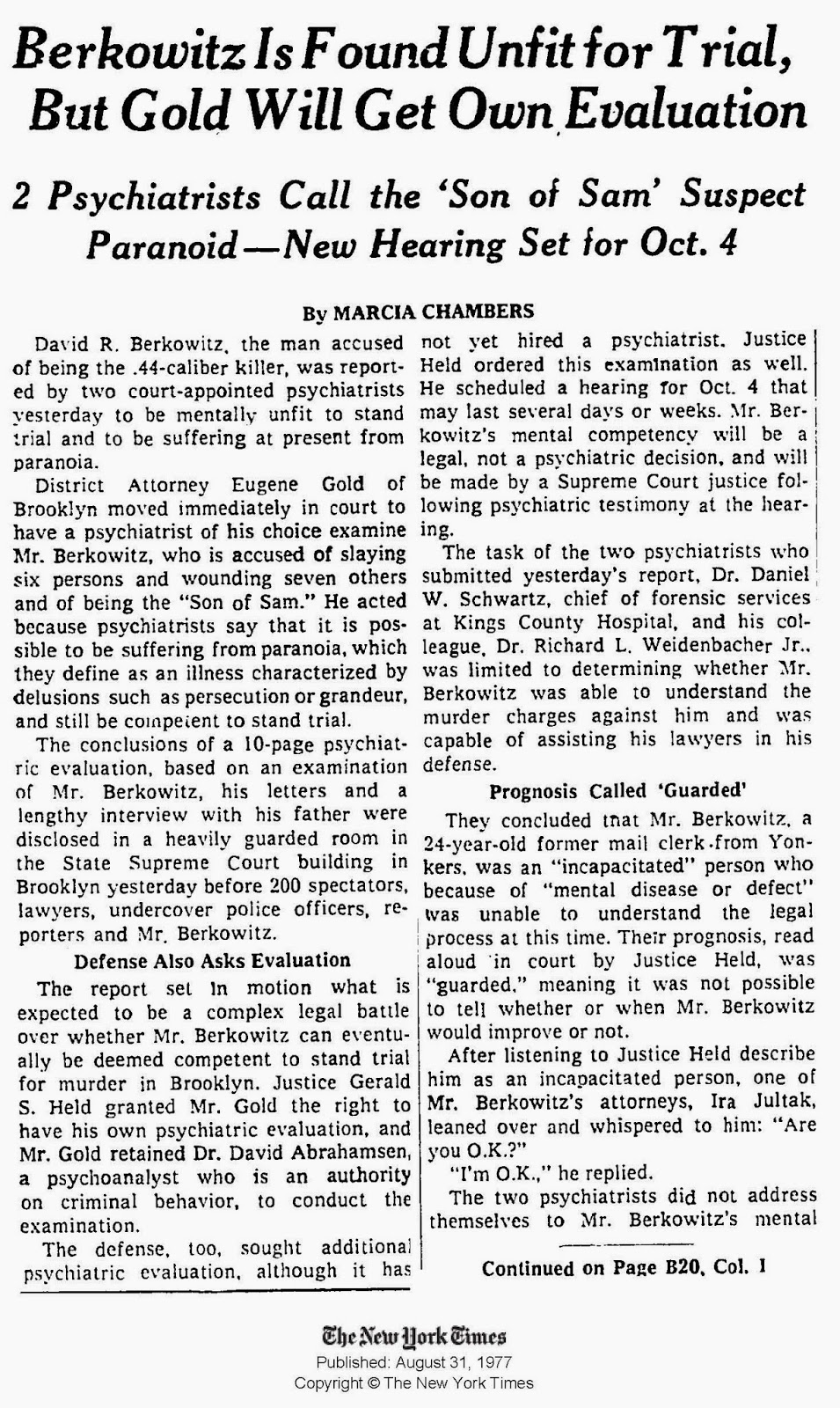 Below Richard Tomlinson's illustrations of Mexico From the  National Review
By Tom Gross
Former Israeli prime minister Ariel Sharon passed away a short time ago at the age of 85. He never recovered from the devastating stroke he suffered eight years ago, on January 4, 2006, five years after being elected prime minister...........Time magazine was one of many publications to slander Sharon, falsely claiming he ordered the 1982 the Sabra and Shatila massacre of Muslims by Christians in Beirut. Sharon successfully sued Time.

30 years ago in 1984, Aggie Kenny covered the Sharon trial that took place in Manhattan Federal Court. Below are select illustrations of the trial from beginning to verdict with news stories.

A $50 million libel trial pitting one of Israel's most powerful leaders, Ariel Sharon, against the communications conglomerate that publishes Time magazine opened yesterday in

The trial, under way in Federal District Court, focuses on Mr. Sharon's contention that a Time article falsely portrayed him as instigating the 1982 massacres of Palestinian civilians by Phalangist militiamen at two refugee camps on the outskirts of Beirut.

Kenny recalls "Ariel Sharon appeared a dominate presence in court from his first entrance to his successful verdict. His demeanor throughout was certainly that of a commanding officer. This was especially true when he took the stand in his own defense, answering questions with assurance, taking the lead in his descriptions of events. As shown in my illustration below"

SHARON TESTIFIES HE CAME TO DEFEND THE TRUTH

Kenny recalls  waiting for the verdict in a frigid, cavernous courtroom. The jury deliberations lasted the over a weekend in January and the courthouse had no heat.  So many wore scarves and coats. Yet Sharon was not dismayed, he showed a more affable side, chatting with reporters and artists as if hosting an intimate party, his charming wife Lili by his side.

Posted by Illustrated Courtroom at 1:32 PM No comments:


Today  after the jury had been seated, the court  unsealed documents that showed Mathew Martoma was expelled from Harvard Law School for fabricating his transcript. Jurors did not hear this information, and had left the room. Unless Mr Martoma takes the stand, the jury will most likely never know this ever happened.

From the New York Times
http://dealbook.nytimes.com/2014/01/09/ex-sac-trader-was-expelled-from-harvard-law-school/?_r=1&

In 1999, Mr. Martoma was expelled from Harvard for creating a false transcript when he applied for a clerkship with a federal judge, court papers unsealed on Thursday showed. Mr. Martoma used a computer program to change several grades from B’s to A’s, including one in criminal law, and then sent the forged transcript to 23 judges as part of the application process.
Then, during a Harvard disciplinary hearing to determine whether he should be expelled, Mr. Martoma tried to cover his tracks by creating a fake paper trail that included fabricated emails and a counterfeit report from a computer forensics firm that Mr. Martoma had created to help conceal his activities.
After Harvard expelled him, Mr. Martoma, who at the time was known as Ajay Mathew Thomas, legally changed his name to Mathew Martoma.

From the Associated Press

A former money manager facing trial on insider trading charges was expelled from Harvard Law School more than a decade ago after he used a forged transcript he claimed he created to impress his parents to apply for a clerkship with as many as 23 federal appeals judges, according to documents unsealed Thursday.
The documents were released as prosecutors sought to introduce the Harvard ejection evidence into the trial of former SAC Capital Advisors employee Mathew Martoma in case they deem the documents necessary to rebut defense claims.


Opening statements were scheduled Friday in the trial of Martoma, of Boca Raton, Fla., who is accused of persuading a medical professor to leak secret data from an Alzheimer's disease trial.
Posted by Illustrated Courtroom at 6:24 PM No comments:

Room 11o in the Manhattan Federal Courthouse at 40 Centre Street has a long and storied history. It is one of the 3 large ceremonial courtrooms in the building. In 1951, Ethel and Julius Rosenberg were tried in that courtroom, in 1974 the Michell Stans trial took place in 11o as did the trial of World Com's Bernie Ebbers.  Ivan Boesky was sentenced in room 110, Martha Stewart was also tried in room 110, as well as the Cannibal Cop, Gilberto Valle.  Today in room 110, the trial begins of Mathew Martoma a portfolio manager from SAC Capital who is charged with insider trading. 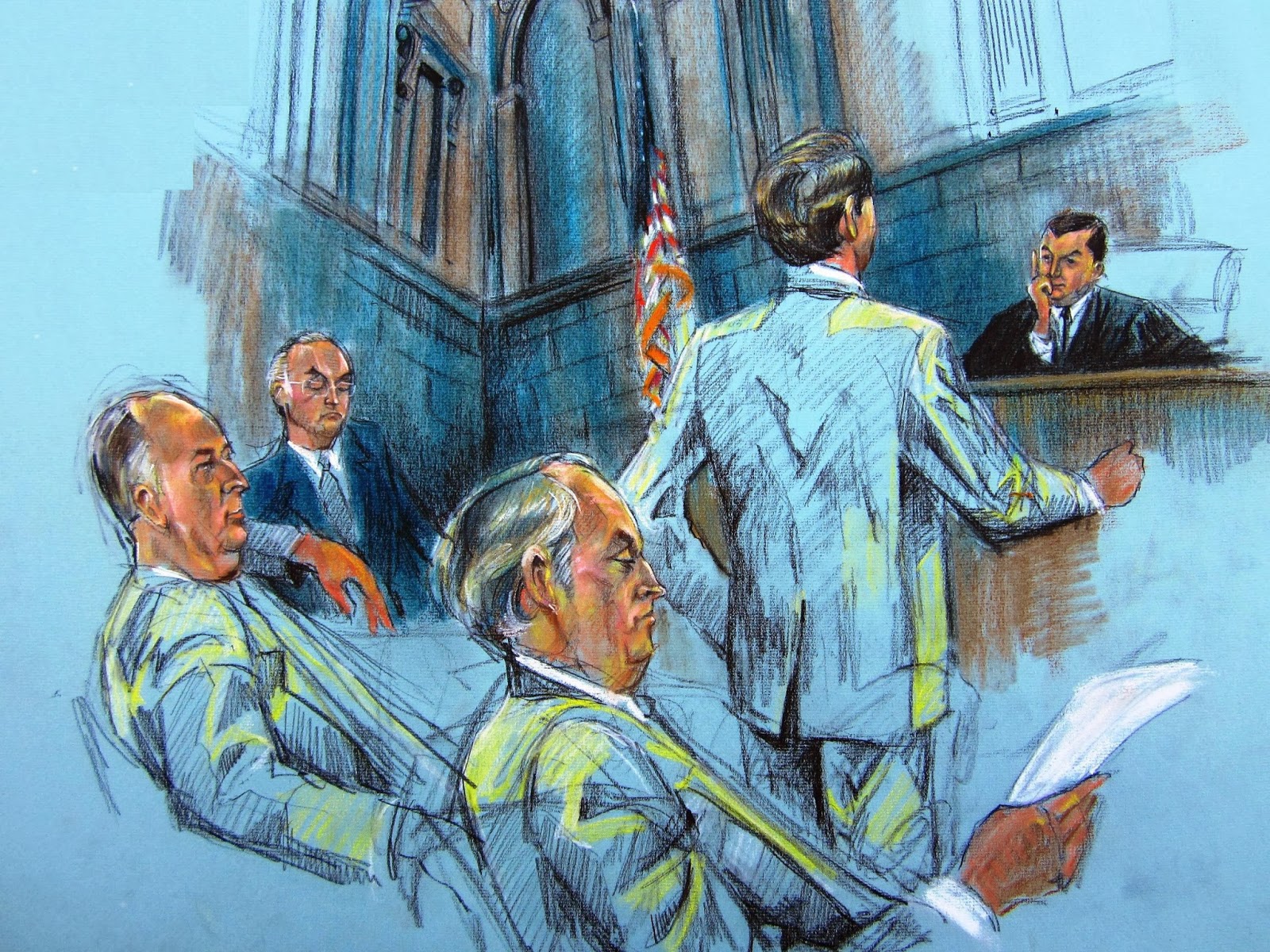 The court house , designed by Cass Gilbert, the architect who designed the United States Supreme Court, has been the site of a number of other famous trials including Jackie O, Paul Castellano, Pizza Connection, and Alger Hiss.  The building, which opened in 1936, was renamed the Thurgood Marshall Court House  in honor of the late Supreme Court justice.
It  recently reopened after being closed for almost 6 years due to a major renovation.
AP story  http://bigstory.ap.org/article/first-big-trial-set-refurbished-ny-courthouse
Posted by Illustrated Courtroom at 3:04 PM No comments: