20 years ago I was in the World Trade Center concourse purchasing tickets to Jelly's Last Jam at the TKTS stand. I strolled my then 1 year old son over the WTC pass to the World Financial Center. We sat down then about 10 minutes later a huge booming sound rocked the glass covered space where I was seated. The people in the atrium stopped talking, looked up, saw no glass was broken and then continued their conversations. I recall a security officer running up the Wintergarden stairs, no one knew what had happened and terrorism was the last thing on anyone's mind.  Then the smoke started pouring out of the garage of the WTC and the chaos ensued.  Life has really never been the same since,  esp in NYC.

Then about a week later I received a call late at night and was told to run over to the Federal Courthouse.
I packed up my art supplies and learned to find out that the FBI had determined who was responsible for the bombing  and had made their first arrest Mohamed Salameh a Palestinian illegal alien who was the driver of the van.  I recall he was very angry during his arraignment and I felt it was important to capture that.
This drawing made the cover of Newsday, the next day. 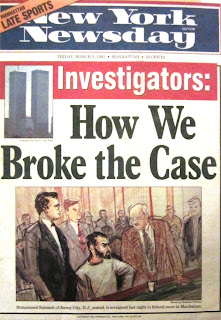 This case and more will be covered in the upcoming book 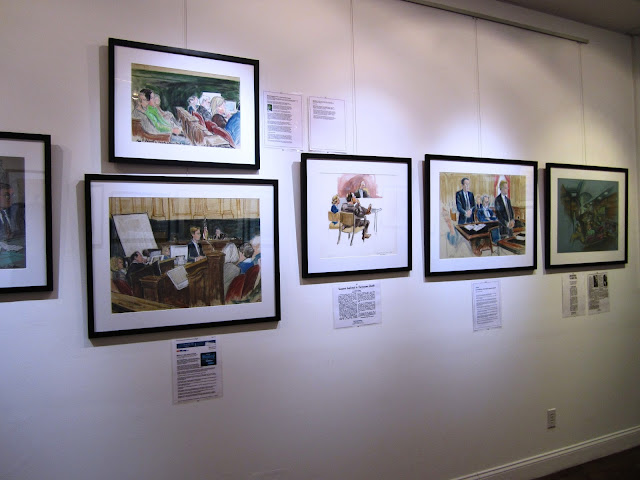 In the age of a 24-hour news cycle where people have instant access to inordinate amounts of information and images, no major event seems off limits to cameras – with the exception of what takes...
Posted by Illustrated Courtroom at 10:26 AM No comments: