Last night was the opening of the Jersey City Brennan Courthouse court art show: Art and Law Together.
The event was well attended including one of the major players in "Right to Die" Karen Ann Quinlan trial.
Judge Paul Armstong ( pictured below in the 1975 drawing and last night's photo) attended, still the distinctive profile; it was thrilling to see him next to the artwork. 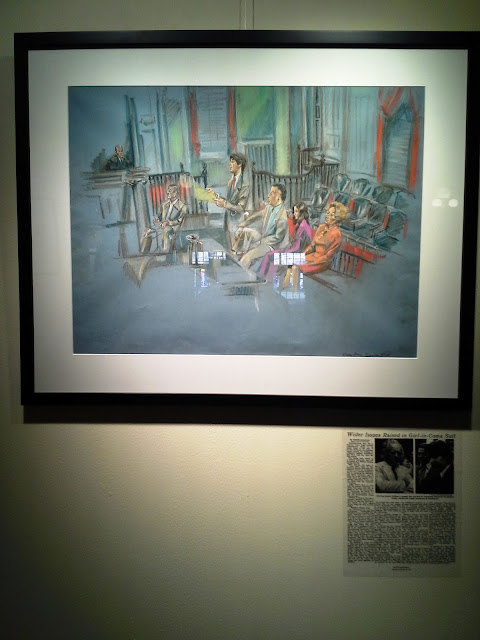 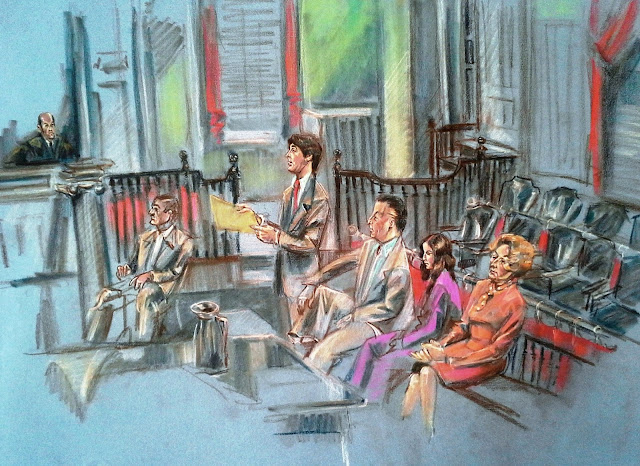 Posted by Illustrated Courtroom at 6:59 AM No comments: 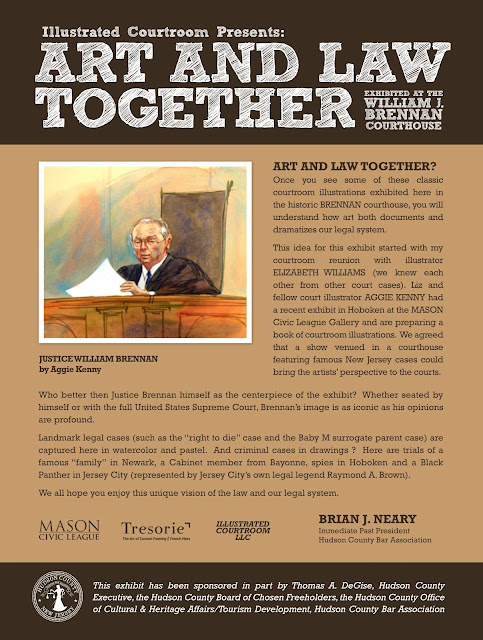 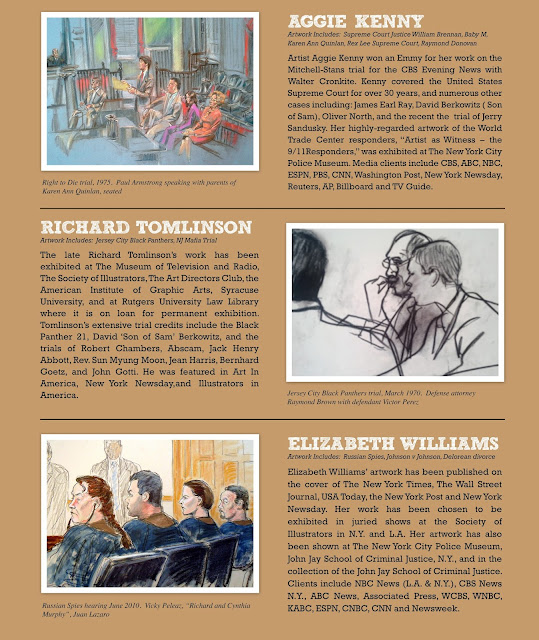 Posted by Illustrated Courtroom at 6:58 AM No comments:


More on the Panther drawings from Richard Tomlinson. Now that we were able to identify the drawing of the 3 defendants in the recent post, this piece became another puzzle solved.  With the help of Brian Neary (former Hudson County Bar President, whose inspired thinking was behind this show and Ray Brown Jr calls him the "curator of his father's spirit") we were able to ID the legendary defense attorney Raymond Brown and  defendant Charles Hicks.  The story below shows the approach of Mr Brown to the case, a marked difference from the Panther trials in Chicago and New York, which Richard covered as well. The New York Panther trial is featured in the upcoming book, The Illustrated Courtroom: 50 Years of Court Art. www.illustratedcourtroom.com

Posted by Illustrated Courtroom at 8:17 AM No comments:

Jersey City Black Panthers
This drawing by Richard Tomlinson has always been one of our favorites,  but we never knew who was pictured in the image. It was kept in a nice folio book for over 40 years and was never removed. While putting the show together for the Brennan Courthouse (which will open on Monday April 29th), Richard's widow generously agreed to allow the work to be shown, but still no idea of who was in the image. A computer search came up negative, no clues there. Never thinking a caption would be on the back of the paper, no one looked, until today. There it was, the complete story ( see image below). This beautiful drawing shows the 3 defendants of the trial: Rowley, Perez and Hicks in Richard's bold iconoclastic style. A mystery solved. 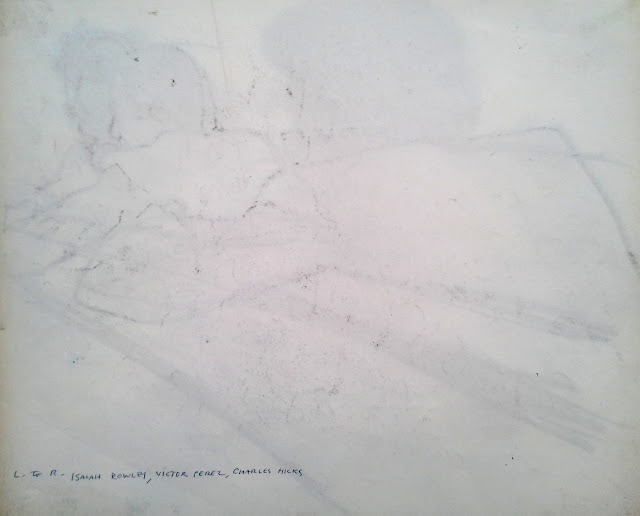 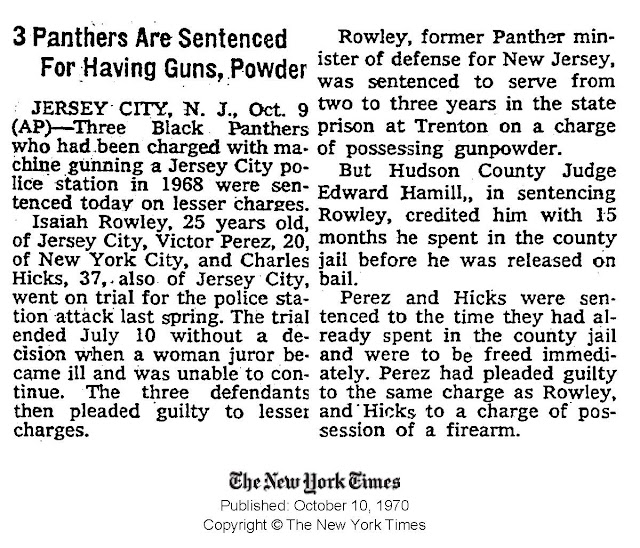 HALLORAN and the FBI

Rarely in court do we have a chance to draw the FBI agent in charge of an investigation (unless they are on the stand).  But on Tuesday given the view I had, Agent Holmes was squarely in the picture. Ended up it was an interesting visual contrast. The agent who brought these guys down was front and center though rarely if ever mentioned in the press, even if his name is at the top of the complaint.

Posted by Illustrated Courtroom at 7:24 AM No comments:

Link:
New York Times Holmes story
On Easter Sunday Bill Robles boarded a flight from LA to Colorado to cover the hearing of James Holmes, the Colorado cinema shooter. On Monday during the hearing the prosecutor said they were seeking the death penalty in the case. Bill was in the courtroom and captured this scene of Holmes and his defense team.

Posted by Illustrated Courtroom at 7:40 PM No comments: