Article by Justin Jones of the Daily Beast
http://thebea.st/1nWVKvH


From Charles Manson to O.J, Michael Jackson to the Son of Sam, the drawings of courtroom artists capture the most dramatic, and sometimes the most moving and fleeting, images of the biggest trials of modern times.
In 1970, Charles Manson was tried in a Los Angeles courtroom for the murder of actress Sharon Tate, then eight months pregnant, and six other women. With no photographers allowed, the public relied on the words of reporters, describing the gruesome details and decisions held within the sanctified walls. For the really theatrical moments, however, the action was conveyed in illustrations by a group of courtroom artists capturing the drama the world may have never seen.


Posted by Illustrated Courtroom at 8:40 AM No comments:

FOR MORE INFO ON THE ARTISTS AND THE NEWLY PUBLISHED BOOK
http://www.illustratedcourtroom.com/
Posted by Illustrated Courtroom at 6:52 AM No comments:

Memorial Day is so much more than the backyard barbeque. It is a day when we honor those who have served our county. Below are images from the artists in the Illustrated Courtroom book, who
over the years have drawn various MOS:  Military, FDNY, NYPD. 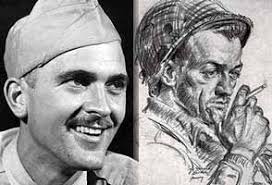 Aggie Kenny drew 9/11 Responders searching for victims at Ground Zero in the months after the attack on the World Trade Centers. Her artwork was shown at the New York City Police Museum, and traveled to the US Senate Russell Building in Washington DC.
Below is an article about her and her work in the Wall Street Journal 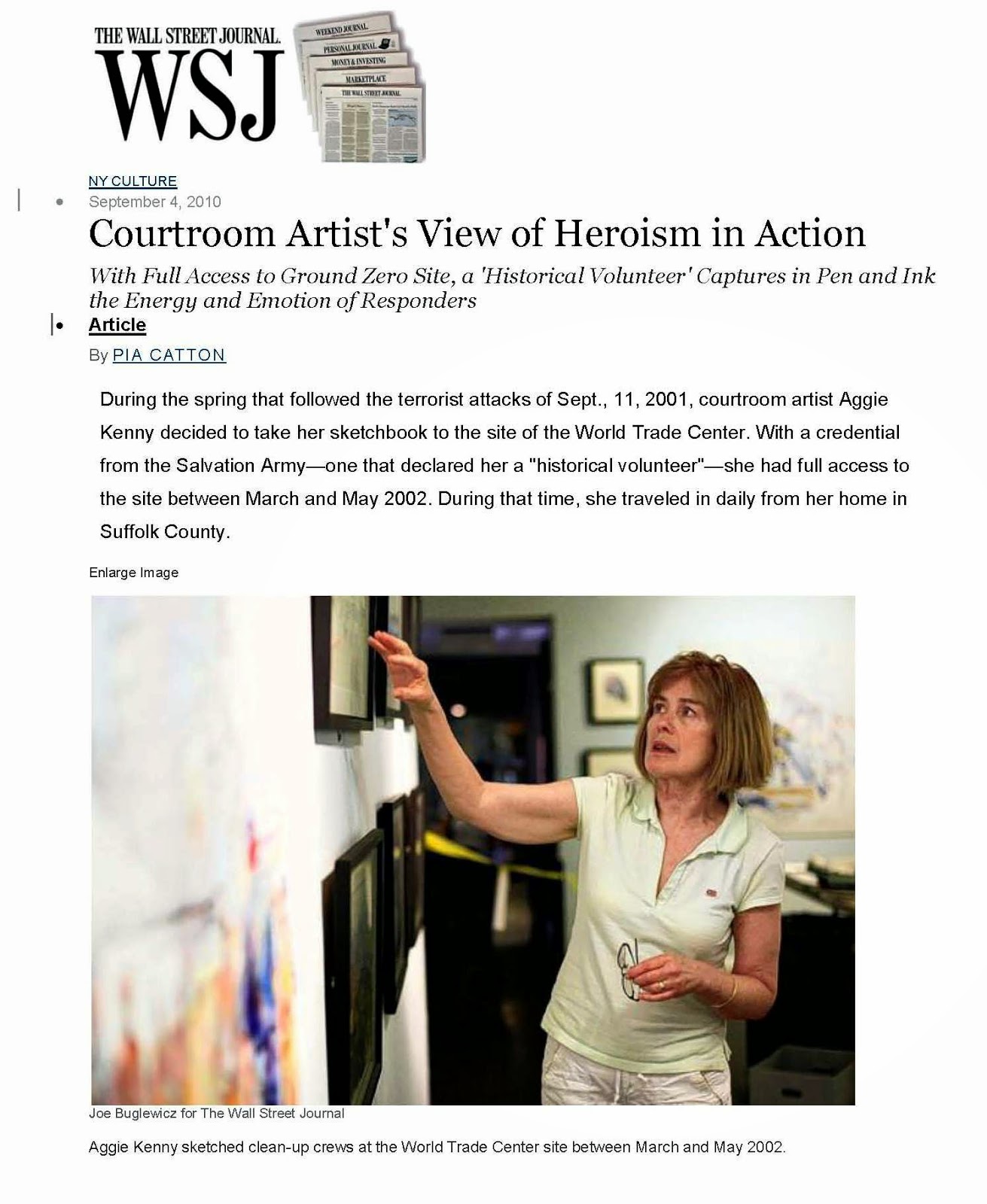 Bill Robles painted this illustration of the NYPD and other responders rescuing in the passengers and crew of US Airways flight 1549 that landed miraculously into the Hudson River on a frigid January day.  This illustration was shown at the New York City Police Museum,
as part of a show titled The Police in Our Community

YouTube video link of the audio tapes released
We're Gonna Be In The Hudson
https://www.youtube.com/watch?v=JItbos1tYZs

Elizabeth Williams drew a series of illustrations about the NYPD
for the New York City Police Museum. Sample below:
Posted by Illustrated Courtroom at 9:45 AM No comments:

From the AFP story link:
https://sg.news.yahoo.com/cannes-premiere-depardieu-movie-inspired-former-imf-chief-201800770.html


It's the talk of the town. Abel Ferrara's highly-anticipated movie inspired by the sordid sex scandal that brought down IMF chief Dominique Strauss-Kahn got its world premiere Saturday in Cannes.
Far from being shown in one of the big, plush theatres in the festival hall, the film starring Gerard Depardieu as a man with striking similarities to "DSK", whose alleged 2011 sexual assault on a New York hotel maid shook the world, was screened in a small, local cinema.
"Do you know who I am?" reads the poster advertising the film "Welcome to New York", as a handcuffed, suited man seen from behind faces flashing photographers with the gleaming lights of New York in the background.


Artist note:
Almost exactly three years ago on a Sunday just like this, I received a call from my assignment editor at CNBC telling me to get to the Manhattan Criminal Courthouse asap. The head of the IMF Dominique Strauss Kahn, had been arrested for sexually assaulting a hotel maid. This, like other stories I've covered like Bernie Madoff, sounded crazy.  We waited for over 12 hours in the criminal court arraignment part, and finally at about 10pm we were told the arraignment of DSK would take place the following day.
The following day, he was arraigned in a packed courtroom and I caught this scene of him awaiting his processing sitting with  the other inmates.
Then on Thursday his wife, Anne Sinclair arrived for a bail hearing in front of Judge Obus upstairs in the supreme court part of the Manhattan Criminal Courthouse. During the hearing Sinclair looked in utter shock. As DSK turned around to look at his wife and daughter, the daughter smiled, the wife, holding hands w her daughter, stared straight ahead.  He was finally granted bail and took up residence in a Tribeca townhouse with his wife. Eventually charges were dropped and he went back to Paris.

Posted by Illustrated Courtroom at 11:10 AM No comments: